The year-long birth centenary celebrations of the former Chief Minister and Telugu Desam Party founder N.T. Rama Rao began on a grand note, as more than a lakh TDP workers swarmed the busy Addanki bus stand centre here to remember the darling of the masses.

Kickstarting the celebrations, TDP national president and former Chief Minister N. Chandrababu Naidu described NTR as a champion of food security in the country as his ₹2-a-kg rice scheme had become a model for all States to make hunger a thing of the past. 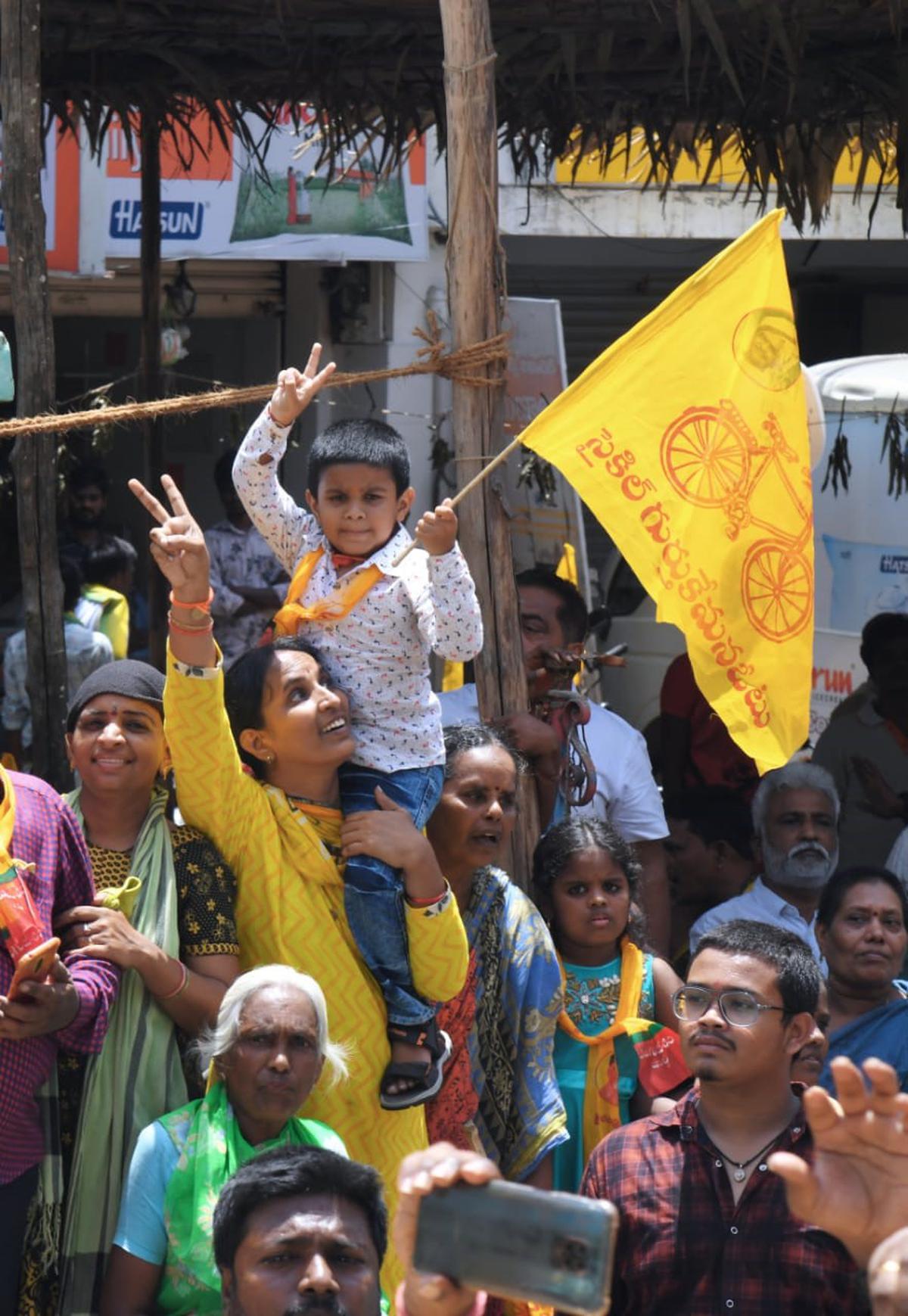 Braving the scorching summer heat, Mr. Naidu led a motorcycle rally from Manduvaripalem, the venue of Mahanadu, and garlanded the larger-than-life statue of NTR. “From today, the next one year will witness a flurry of activities to fondly remember the TDP founder, who rose to power within a short time of forming a political party four decades ago,” he said amid loud cheer.

Born in a humble family, the thesipan par excellance was embodiment of self-esteem and rose to dizzy heights with grit and determination not only in the tinsel world but also in political arena, he recalled.

NTR was a guiding light for Telugu people across the globe, NTR was a multi-faceted personality and cemented a permanent place in the hearts of the people. NTR was an actor, director, producer, writer, reformer and administrator all rolled into one, Mr. Naidu said.

The TDP president recalled that NTR had put Telugu people above everything else. That was why he had sacrificed his 40 years of stint in Tollywood and founded the TDP to end the long years of Congress rule and uphold the self-respect of Telugu people.

Taking inspiration from NTR, he called upon the party cadre to fight against the ‘‘anti-people’‘ YSR Congress Party government, which , he alleged, had let loose repression in the State.

The authorities denied buses for the party’s political conclave, but not for the State Ministers’ bus yatra. Yet lakhs of people made it to Ongole from across the State and elsewhere on their own by various modes of transport and made the TDP’s Mahanadu a success, Mr. Naidu claimed.