Engineers are working on the estimates keeping in view the heritage value of the buildings housing K R Hospital and Cheluvamba Hospital, which are attached to the MMCRI

Engineers are working on the estimates keeping in view the heritage value of the buildings housing K R Hospital and Cheluvamba Hospital, which are attached to the MMCRI

The renovation of heritage buildings housing the K R Hospital and Cheluvamba Hospital, attached to Mysore Medical College and Research Institute (MMCRI), is likely to be modelled on the restoration of the Government Ayurveda College building, which is one of the heritage structures in Mysuru.

Under the supervision of people familiar with restoration of heritage buildings, the ayurveda college building is being restored to its original glory. The repair work has been planned without altering the original design of the building.

Dr Dinesh told The Hindu that the detailed project report is being prepared keeping in mind heritage norms. All work will be taken up in consultation with heritage experts, and the original architecture will be kept intact. “All care will be taken. The (restoration) model of ayurveda college building has been suggested to our engineers who will take a call and proceed,” he added. 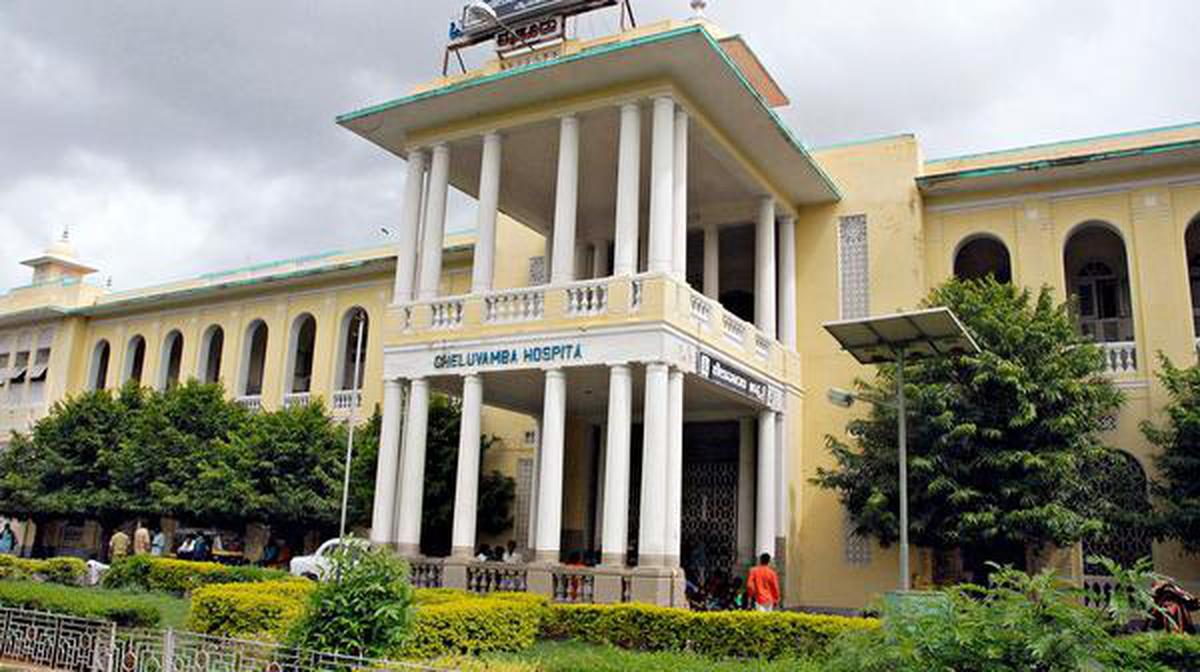 “The estimates are being prepared by our engineers keeping all factors in mind since heritage buildings are being restored. The government has already announced ₹89 crore for the renovation,” the dean said.

Karnataka Chief Minister Basavaraj Bommai, acting on a proposal submitted by the MMCRI, announced an allocation of ₹89 crore in the recent budget for reinforcement of the buildings in conformation with heritage rules.

The allocation was long-awaited as the structures are in bad shape with no proper maintenance, and need a complete overhaul.

The renovation of K.R. Hospital, Cheluvamba Hospital and PKTB Hospital will take place over the next three years before the MMCRI’s centenary celebrations take off in 2024. The MMCRI has sought faster release of funds as it plans to complete renovation earlier than scheduled in view of the centenary fete.

The MMCRI is also planning to upgrade the PKTB sanatorium into a facility for pulmonary medicine. A proposal on developing the existing campus into a centre on the lines of Rajiv Gandhi Institute of Chest Diseases in Bengaluru has been submitted to the Karnataka Government. However, this project is unlikely to get any allocation of funds. The need to upgrade the PKTB was felt when K.R. Hospital was in the forefront of the fight against COVID-19.

“The detailed project report for the restoration of heritage hospital buildings will be ready soon. The work will be taken up at the earliest,” said Dr. Dinesh.