The product, which can replace plastic growbags, will be launched in Kannur district on June 5

The product, which can replace plastic growbags, will be launched in Kannur district on June 5

The Kerala Forest Research Institute (KFRI) has developed a coir fibre root trainer, which can replace plastic growbags. The new planter has become an instant hit, and has also turned out to be a huge support for the tribespeople who are producing it at Parambikulam in Palakkad district.

Parambikulam Tiger Reserve Deputy Director Vysak Sasikumar said the use of the product would help avoid 20 metric tonnes of plastic a year. The product will be launched during the World Environment Day celebrations in Kannur district on June 5.

Mr. Sasikumar said coir and rubber latex were used in various proportions to make the product. The product was tested at the Social Forestry wings in Kannur and Malappuram districts.

He said the product was developed during the COVID-19 pandemic to help tribespeople who were out of work. Retired Indian Forest Service officer Sheikh Hyder came up with the idea, and designed and developed the product. After several rounds of trial and error, with the support of a private manufacturer, the product was developed. Later, a manufacturing unit was set up in eight acres of land belonging to the State at Parambikulam. A custom-made machine was developed from Coimbatore and was installed at the unit to produce the coir fibre root trainer. At present, eight tribespeople were working at the unit, he added. 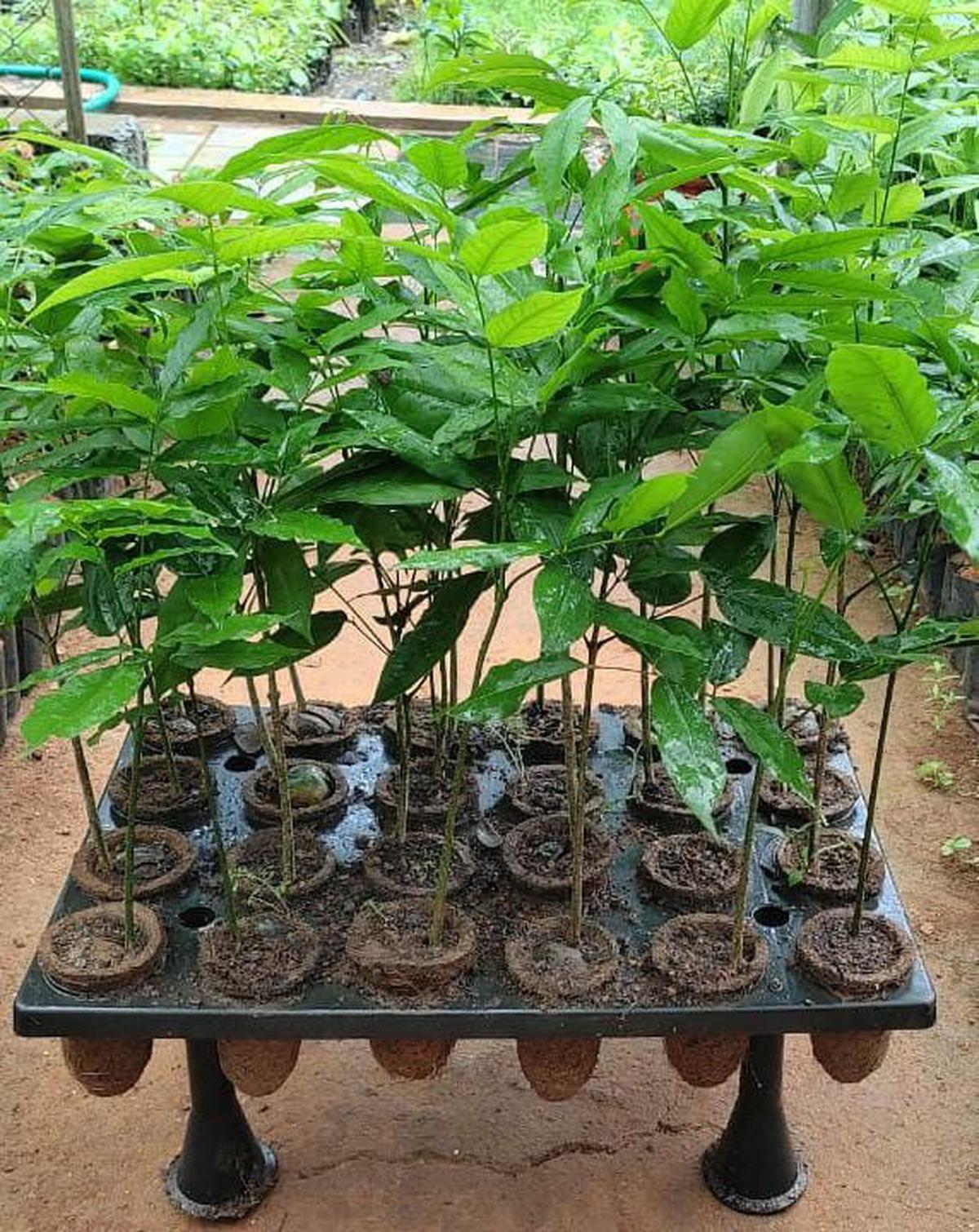 The manufacturing unit produces 20,000 planters a week. Considering the good response, another unit was set up, with the support of Gas Authority of India Limited, which donated ₹25 lakh as part of its corporate social responsibility activity.  He said the price per planter ranged between ₹4 and ₹9, depending on the availability of raw materials and the market price.

KFRI senior scientist P. Sujanapal said various species of plants were tested in the coir fibre root trainers. Most saplings had grown well, and some of them beyond expectations, he said. Since coir retains moisture, the usage of water is low in the planters compared to what is required in plastic bags. The roots too grow well and hold nutrients. It was also soluble and hence caused no pollution, he added.

The manufacturing of the product will be extended to other places where the raw materials are easily available. The standardisation process was on to manufacture the product on a commercial basis, said Mr. Sujanapal.