Traders have stopped selling it in Pedana and Machilipatnam, fearing legal complications

Traders have stopped selling it in Pedana and Machilipatnam, fearing legal complications

The woodblock-printed Kalamkari textile art is struggling for its survival in Krishna district of Andhra Pradesh owing to the absence of black jaggery in the market in the wake of enforcement on its sale and trade by the State government.

Black jaggery is the prime ingredient for extraction of black dye by fermenting it for 21 days with iron and salt water. In Kalamkari art, black is considered as the ‘mother of all natural dyes’ as it is used to extract other colours by adding various natural ingredients. In the recent years, mushrooming of Kalamkari units, that replaced natural dyes with chemical ones, have paralysed the domestic market for the famed art and brought shame to its fame that the art has been enjoying since the Mughal era. 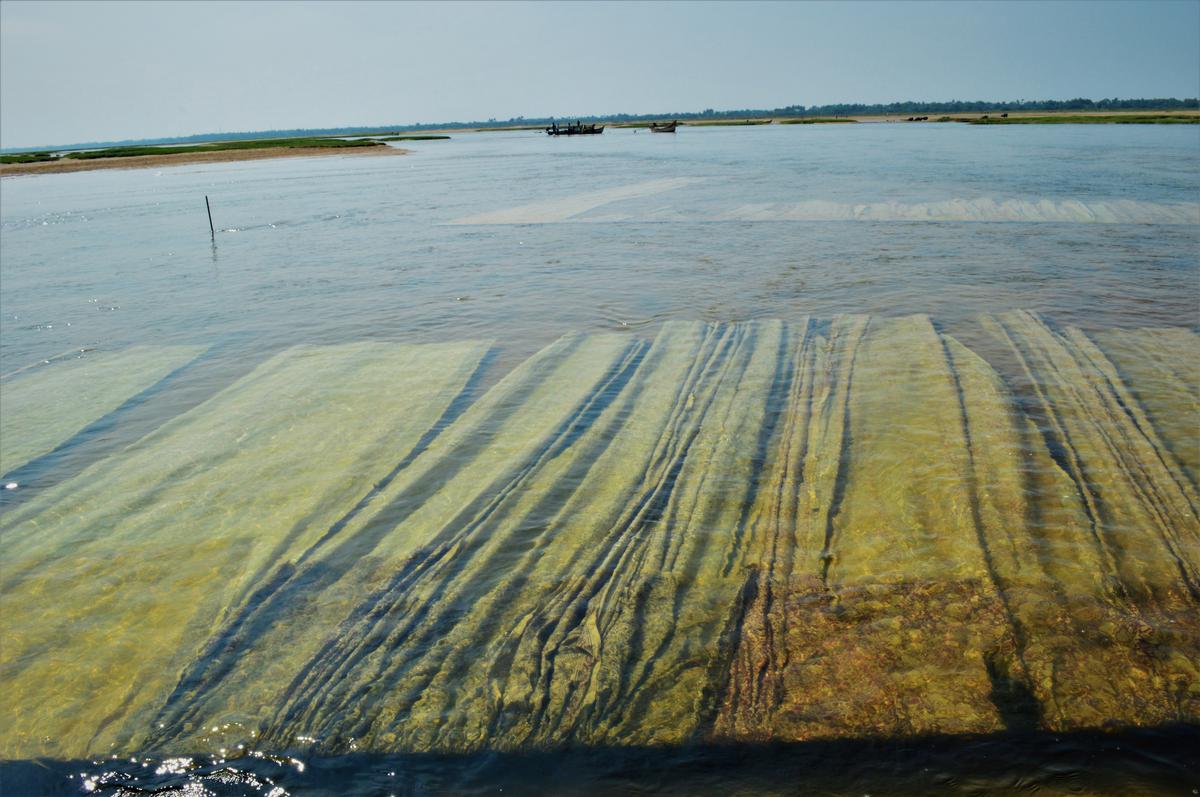 The fabric printed with natural dyes being washed in the natural flow of water in the Krishna river.

However, at least a dozen of Kalamkari units are keeping the art alive by using natural dyes extracted from different natural ingredients in Pedana and Machilipatnam towns in Krishna district.

In the last few months, a few black jaggery merchants have been sent to jail by the Special Enforcement Bureau (SEB) on the charges of selling it to those involved in the manufacturing the illicitly distilled (ID) liquor.

“We cannot be blamed for the rise in the ID liquor brewing. It is the government’s job to check the liquor mafias. The Kalamkari art will have no alternative to black jaggery. Now, the merchants have no clue about how to procure black jaggery,” said Ms. Jaya Sudha from Pedana.

In December 2013, then Krishna Collector M. Raghunandan Rao granted trade licence to merchants in Pedana for the sale of black jaggery, upon a request from the Kalamkari production units. He had also solved such problems in consultation with the Excise Department.

“We have asked black jaggery merchants to sell it to the customers based on submission of the necessary details such as the exact purpose for which black jaggery is used. There is no ban on the trade and procurement,” said Krishna District ASP (SEB) Asma Farheen on Monday.

However, the merchants are not convinced.

“For over two months, the merchants have not been selling black jaggery in Krishna district, fearing legal issues. If such issues are not addressed properly, it will deliver a death blow on the Kalamkari art. The exports both domestic and abroad- Europe and USA – will be disrupted,” said P. Srinivas, whose father P. Veera Subbaiah had brought the Kalamkari art from Machilipatnam to Pedana town in 1980s. 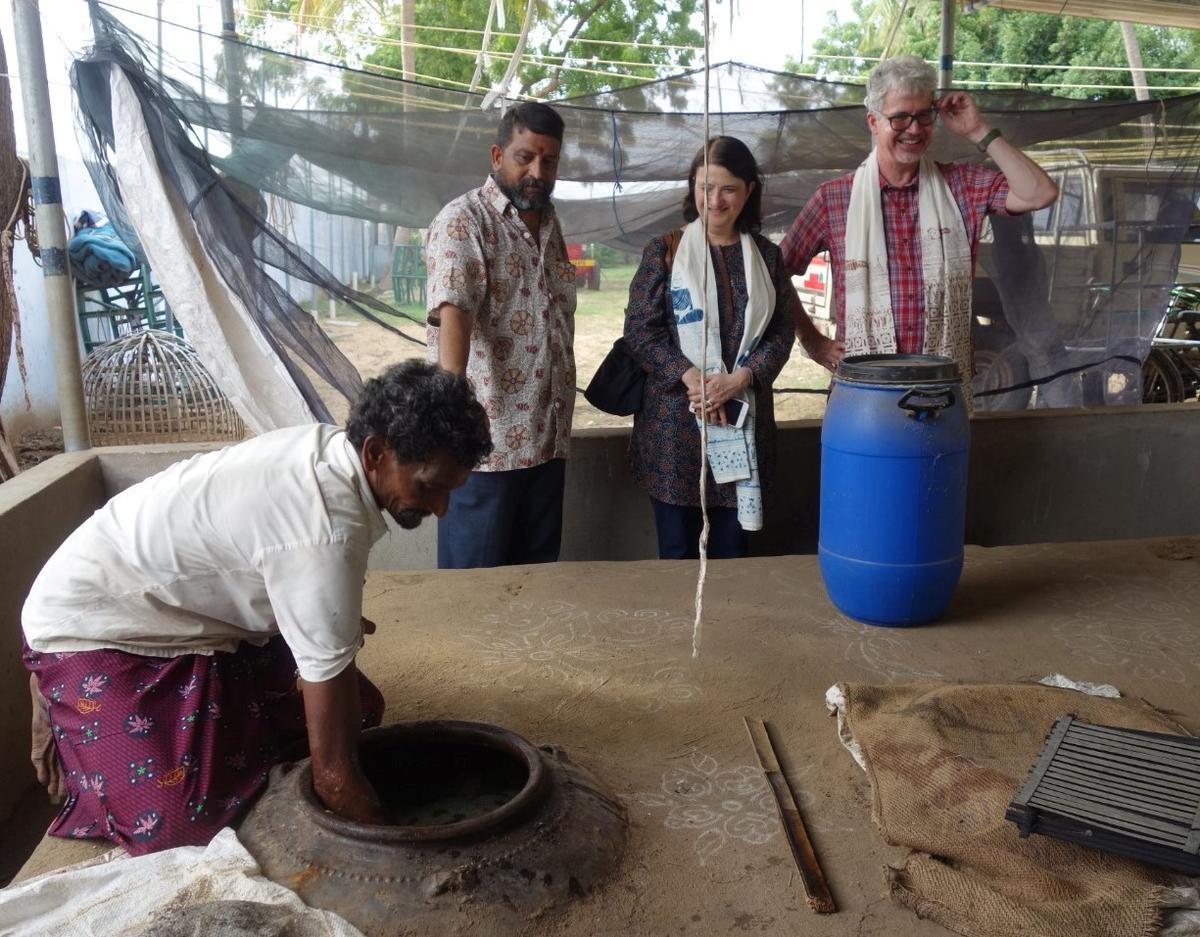 Former U.S. Consul General Katherine B. Hadda, second from right, looking at preparation of natural dyes at a Kalamkari unit in Pedana of Krishna district in 2018.

“Black jaggery is the prime ingredient for extraction of black dye. At a time when the trade is showing a speedy recovery from the impact of the coronavirus pandemic, the enforcement of law has hit it hard,” added Mr. Srinivas.

In 2013, the Kalamkari art was registered as ‘Machilipatnam Kalamkari’ in the Geographical Indications (GI) Registry. At least 1,000 people, mostly women, are involved in the art in the region.

Bengaluru is getting a bad name due to potholes: HC – Mrit News

Bengaluru is getting a bad name due to potholes: HC – Mrit News

KSUM, CUK may sign up for incubation centre – Mrit News