Five-time Haryana CM and INLD supremo Om Prakash Chautala was convicted in a disproportionate assets case, more than 16 years after the CBI booked him

Five-time Haryana CM and INLD supremo Om Prakash Chautala was convicted in a disproportionate assets case, more than 16 years after the CBI booked him

The story so far: Former Haryana Chief Minister and Indian National Lok Dal (INLD) chief Om Prakash Chautala was last week convicted by a special CBI court in a disproportionate assets (DA) case. The 87-year-old was found guilty more than 16 years after the CBI first booked him in the case.

What is the case against Om Prakash Chautala?

The case in which Mr. Chautala was convicted dates back to the early 2000s. The Supreme Court passed an order on November 25, 2003, in a writ petition to transfer the investigation of the JBT teacher recruitment scam to the CBI. The petitioner had alleged that the Chautala government in Haryana had taken bribes to recruit over 3,000 junior basic trained (JBT) teachers using forged documents between 1999 and 2000.

During investigations into the recruitment scam, the CBI conducted searches at MLA Karan Dalal’s house in April 2005. The CBI recovered documents, including a “memorandum of chargesheet against Mr. OP Chautala” which had details of his assets. The document contained a list of 43 movable and immovable properties allegedly owned by Mr. Chautala and his family members, having a value of Rs 1,467 crore, according to the CBI chargesheet. The memorandum, signed by the then CM Bhupinder Singh Hooda, became the basis of the disproportionate assets case.

The CBI informed the State government and filed an FIR against Mr. Chautala in April 2006 on charges that as the Haryana CM from 1999 to 2003, he amassed assets disproportionate to his legitimate income as a public servant, in collusion with his family members.

Following the preliminary probe, the CBI extended the investigation period to May 1993-May 2006, saying it was during this time that Mr. Chautala, as an MLA and CM of Haryana, acquired assets disproportionate to his known sources of income. The CBI filed a chargesheet against Mr. Chautala in March 2010, in which it said that the former CM had accumulated disproportionate assets worth ₹6.09 crore — around 190 per cent of his known sources of income — in his name as well as those of his family members and few others. The CBI also filed two separate chargesheets against his sons Abhay Singh Chautala and Ajay Singh Chautala.

The trial in the CBI court in the DA case went on for over a decade with Mr. Chautala seeking multiple adjournments. The final arguments in the case were completed in April and the court reserved its verdict for May 2.

The ED investigation against Mr. Chautala

Based on the CBI case against Mr. Chautala and his sons, the Enforcement Directorate (ED) initiated a probe under the Prevention of Money Laundering Act. The ED stated that the former Chief Minister had acquired immovable properties in Delhi and Panchkula (Haryana), and had constructed a house in Haryana’s Sirsa using money received from undisclosed sources.

The investigation revealed that Mr. Chautala had disclosed properties acquired using undisclosed income in affidavits filed before the returning officer ahead of the Haryana Assembly elections in 2005 and 2009, thereby “projecting publicly the tainted properties as untainted”, the agency said.

The judgment: What the court held

Special Judge Vikas Dhull on May 21 held that former Haryana CM Om Prakash Chautala was guilty under Sections 13(1)(e) and 13(2) of the Prevention of Corruption (PC) Act. Record of Mr. Chautala’s assets, income and expenditure during the period under investigation (May 24, 1993 to May 31, 2006).
| Photo Credit: Source: District Court

It ruled that the disproportionate assets acquired by Mr. Chautala during the investigation period (between 1993 and 2006) were found to be 103 per cent of the known sources of his income. “Accused has failed to satisfactorily account for such dis-proportionality by proving his source of income or means by way of which he acquired assets during the check period,” the court said.

The court convicted Mr. Chautala under Section 13(1)(e) and 13(2) of the Prevention of Corruption Act. As per provisions of the Act, the minimum sentence is one year and the maximum is seven years.

Section 13(1)(e): According to this section, a public servant is said to commit an offence of criminal misconduct if they or someone on their behalf is unable to account for resources or disproportionate property to “known sources of income.” Known sources of income are defined as the amount a person gets from a legal source, for which the receipts are intimated in accordance with the provisions of law, rules or orders applicable to public servants.

Section 13(2): This section states that a public servant who commits criminal misconduct is punishable with imprisonment for a term not less than one year. The term may extend to seven years and a fine can also be levied. The quantum of the possible sentence under the section was amended in 2014 to a minimum of four years and a maximum of 10 years.

Since the CBI case against Mr. Chautala was registered before the 2014 amendment, the quantum stipulated in the previous provision will apply.

Previously, the former Haryana CM had been found guilty along with his son and 53 others in a case related to the illegal recruitment of JBT teachers in the State during 1999-2000. They were convicted under sections 120B (criminal conspiracy), 418 (cheating), 467 (forgery), 471 (using forged documents as genuine) of the Indian Penal Code, as well as under relevant sections of the Prevention of Corruption Act.

The court held Mr. Chautala as the “main conspirator” and sentenced him to 10 years in jail. 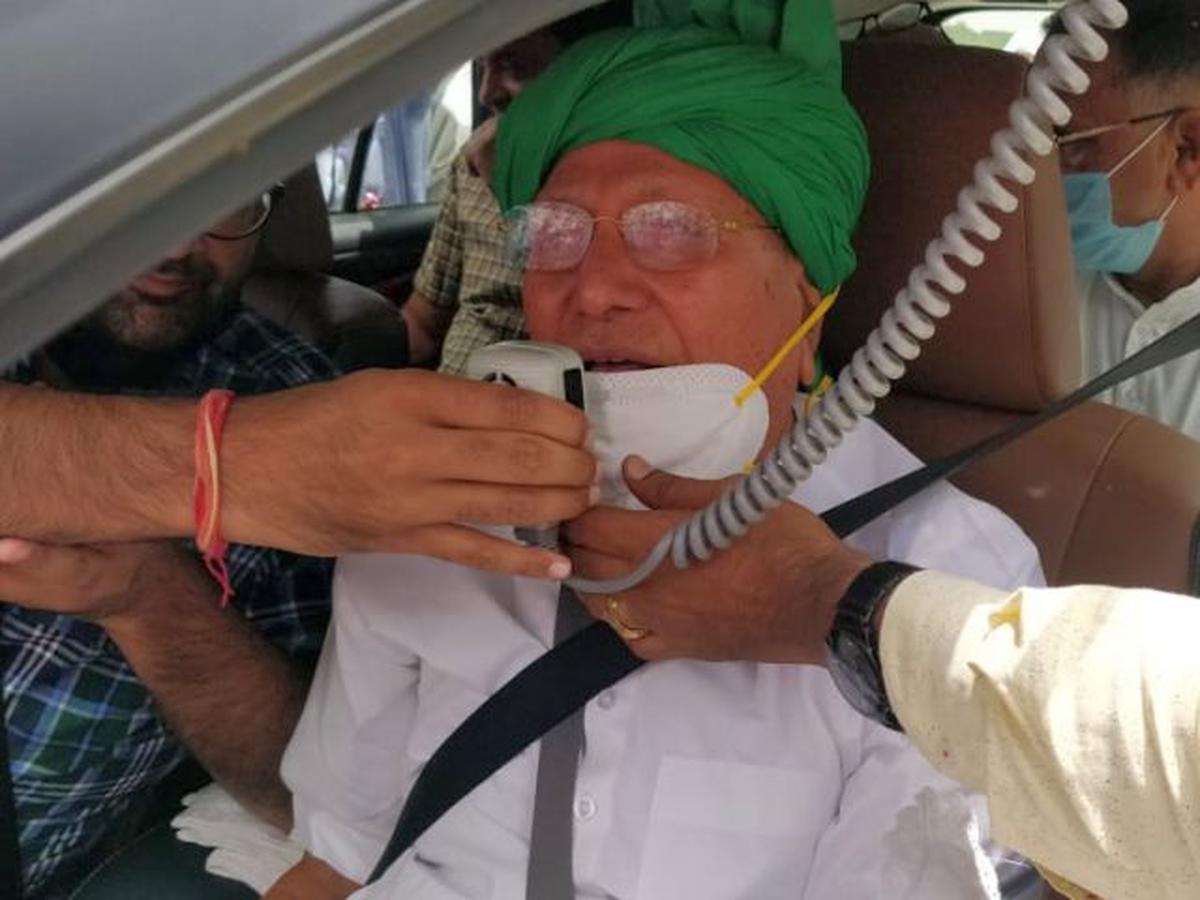 He was released from Tihar jail in July 2021 after serving over nine years and nine months of his sentence following an order of the Delhi government granting special remission to those who had served nine-and-half years of their 10-year prison sentence to decongest jails in light of the COVID-19 pandemic.

Union Minister on a three-day visit to Hassan – Mrit News