The story so far: On May 13, the Indian Space Research Organisation (ISRO) successfully tested the HS200 solid rocket booster, an integral part of its upcoming manned mission in space, called Gaganyaan.

This rocket booster is used for the Geosynchronous Satellite Launch Vehicle Mk-III (GSLV Mk-III), which will be a part of the Gaganyaan mission. The successful completion of the test marks a major milestone for the human space flight mission as the first stage of the launch vehicle is tested for its performance for the full duration, according to a statement by ISRO.

ISRO’s upcoming missions this year focus on manned space travel (Gaganyaan), studying the sun (Aditya L-1) and soft-landing on the moon (Chandrayaan-3). Apart from these three missions, several satellite launches (both domestic and foreign) are also scheduled by ISRO throughout the year.

India’s crewed mission in space — Gaganyaan — is scheduled to undertake its unmanned flights in the second half of 2022. The project will demonstrate ISRO’s capability for human spaceflight to Low Earth Orbit (LEO) and safe return to the Earth. Gaganyaan comprises two unmanned missions and one manned mission, as approved by the Centre. The manned mission is expected to take up to seven days.

The mission will also lay the foundation for a sustained Indian human space exploration programme. With its manned space mission in 2023, India aims to become the fourth nation to send humans to space after US, Russia and China. India also aims to set up its own space station for conducting research on fundamental, applied and engineering sciences after the completion of Gaganyaan.

In response to a Parliamentary query, the Centre revealed that a new training centre for astronauts has been constructed at the ISRO Telemetry, Tracking and Command Network (ISTRAC)—ISRO’s nerve centre in Bengaluru.

Shortlisted astronauts are currently being trained for the mission. Further, rehearsals for crew recovery operations and detailed operational requirements for nominal missions have been finalised. Conceptual designs for microgravity experiments are under review.

For the Gaganyaan mission, ISRO has indigenously developed new technologies including a human-rated launch vehicle, crew escape systems, a habitable orbital module, and a life support system. The designing of all systems and sub-systems has been completed, and the realisation of each system is at different stages of progress. The construction of the integration facility for the orbital module has almost been completed.

In August 2021, ISRO completed a long-duration qualification test for the human-rated cryogenic engine and the first phase testing of the Vikas Engine for the core L110 liquid stage of the human-rated Geosynchronous Satellite Launch Vehicle (GSLV Mk-III) vehicle. With the completion of this test, the engine qualification requirements of the mission were successfully completed.

ISRO has also received inputs for the mission from Glavkosmos, a subsidiary of Russian State Space Corporation Roscosmos, as well as the French government’s National Centre for Space Studies (CNES.)

India’s first mission to study the Sun, Aditya L-1 aims to place a 400kg satellite in the halo orbit around the Lagrangian point 1 (L1) of the Sun-Earth system to continuously view the sun without any eclipses. While initially only one payload — the Visible Emission Line Coronagraph (VELC) — was planned, the satellite is now scheduled to carry six payloads to the halo orbit around L1, located at a distance of 1.5 million km from Earth. 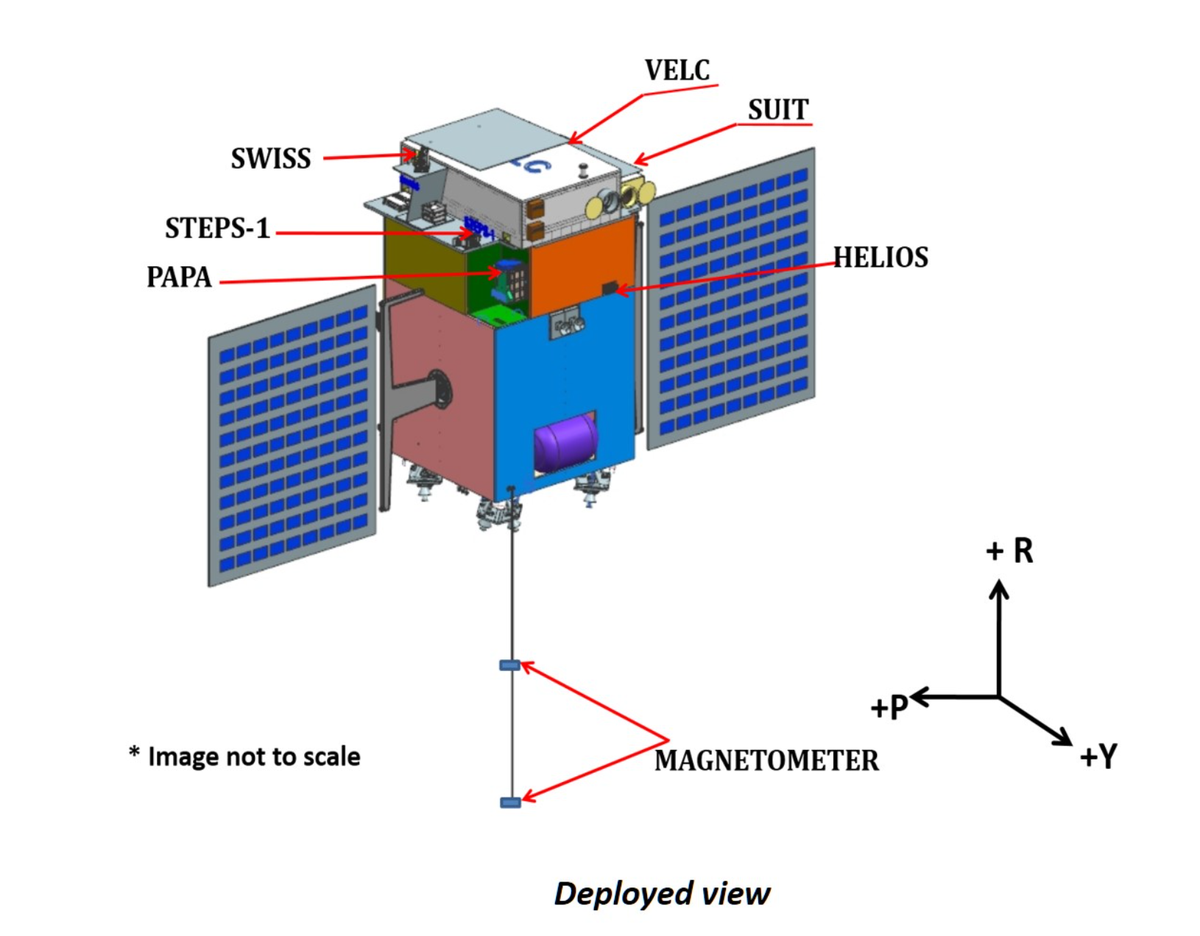 The payloads of Aditya L-1 comprise:

Visible Emission Line Coronagraph (VELC): Developed by the Indian Institute of Astrophysics (IIA), VELC will engage in imaging and study of the magnetic field and other parameters of the solar corona— the outer layers of the sun extending to thousands of kilometres above the disc (photosphere).

Solar Ultraviolet Imaging Telescope (SUIT): Created by the Inter-University Centre for Astronomy & Astrophysics (IUCAA), the SUIT will image the spatially resolved solar photosphere and chromosphere in the ultraviolet (200-400 nm) band. It will also measure solar irradiance and its variations.

Plasma Analyser Package for Aditya (PAPA): Jointly developed by the Space Physics Laboratory (SPL) and VSSC, the PAPA will analyse the composition of solar wind and its energy distribution.

High Energy L1 Orbiting X-ray Spectrometer (HEL1OS): A joint venture by ISAC, Udaipur Solar Observatory (USO) and PRL, the HEL1OS will observe dynamic events in the solar corona and estimate the energy used to accelerate particles during eruptive events, such as flares and coronal mass ejections.

Magnetometer: Jointly developed by ISAC and the Laboratory for Electro-optic Systems (LEOS), the magnetometer will measure the magnitude and nature of the Interplanetary Magnetic Field – the solar magnetic field emanating from the solar corona and spanning the solar system.

ISRO aims to launch Chandrayaan-3 in an attempt to ‘soft land’ on the moon, after Chandrayaan-2 hard-landed on the lunar surface in 2019.

The Centre informed Parliament that based on the learnings from Chandrayaan-2 and suggestions from a national level committee, special testing of many hardware components has been successfully completed. The launch of Chandrayaan-3 is scheduled for August 2022.

On July 22, 2019, Chandrayaan-2’s rocket successfully lifted off with the Vikram Lander and Pragyan rover housed in it. The lander was scheduled to ‘soft-land’ (i.e. landing of spacecraft on the lunar surface intact without crashing) on September 7, 2019, near the lunar south pole, 71 degrees to the south of the equator and 22.8 degrees east. Two hours after its landing, the hatch was scheduled to open, lowering the ramp and allowing the rover to roll out. The six-wheeled, solar-powered rover was designed to explore the south lunar surface 500m at a time and send its results to the lander which would be in communication with the orbiting satellite (Chandrayaan-1).

However, on September 7, 2019, after the Vikram Lander began its landing sequence, there was a large deviation in the altitude and velocity during the ‘pipe breaking phase.’ While the lander descended from 30 km to 2km smoothly, it lost communication with ISRO’s Deep Space Antenna and fell to the surface of the moon —a hard landing. The crashed lander with the rover stuck inside was was located by NASA on December 3, 2019.

Other satellite launches scheduled in 2022

While the three missions listed above are major projects for ISRO in 2022 , the space agency has also scheduled several satellite launches this year.