Money spiders, commonly found in European meadows, have been reported for the first time in the country from the Muthanga range of the Wayanad Wildlife Sanctuary. The species is called so as it is “believed to bring luck” to the person who comes in contact with it.

Researchers of Christ College, Irinjalakuda, Thrissur, have discovered the spider that belongs to the family of dwarf spiders ( Linyphiidae) under the genus  Prosoponoides. It has been given the name  Prosoponoides biflectogynus.

They have also discovered ant-mimicking spiders, belonging to the group of jumping spiders, from the Mananthavady range. They belong to the family of Salticidae. 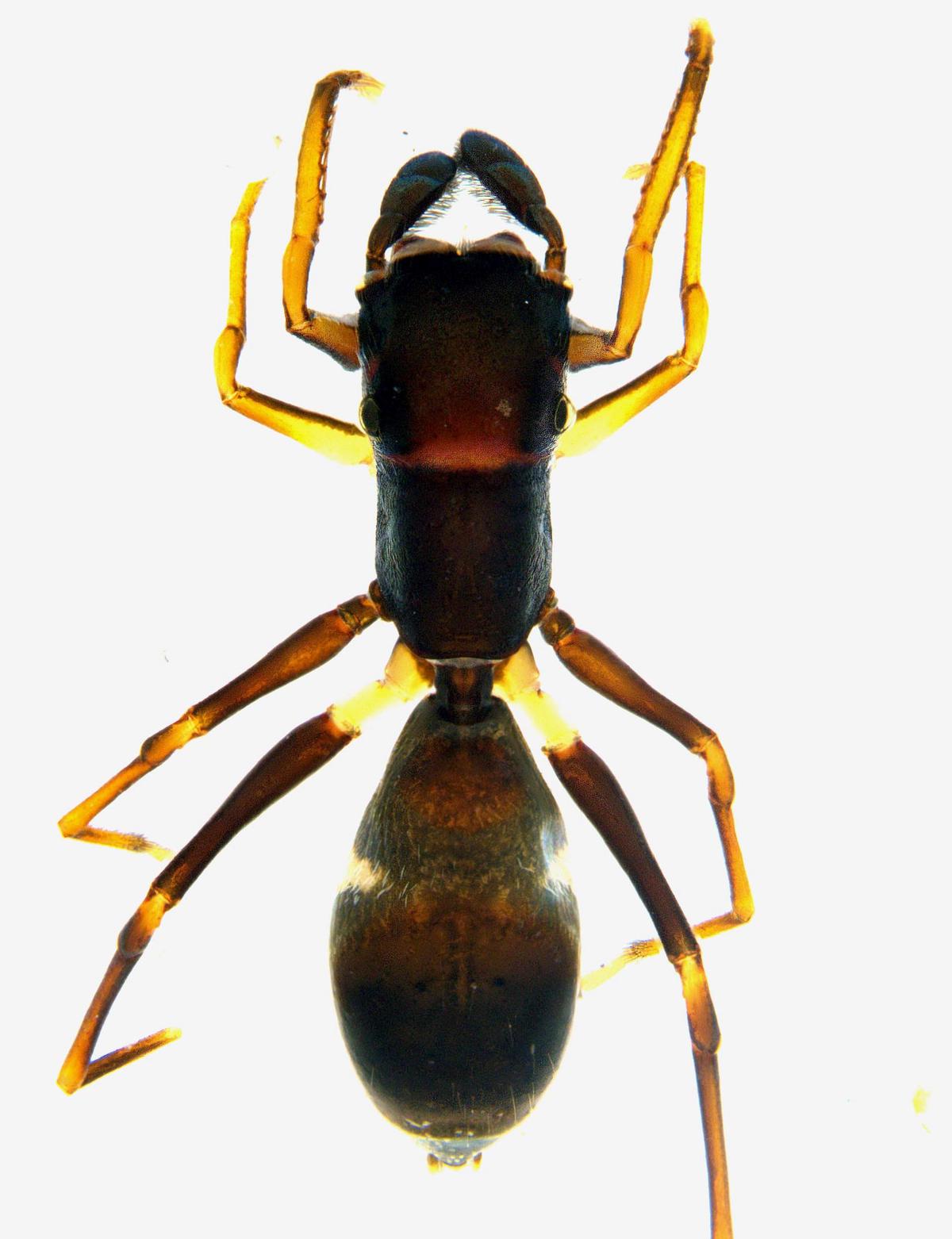 The male and the female money spiders are typically 3 mm and 4 mm long respectively. Both sexes are dark brown and have irregular silver patches and black spots on elliptical abdomen. There are numerous fine black spines on their olive green legs. Eight dark eyes are arranged in two rows.

Females build triangular webs in between dry tree twigs and feed on small insects, while males prefer to hide beneath dry leaves. Two or more male spiders can be found in the web of a single female.

The ant-mimicking spider has been named Toxeus alboclavus. Researchers collected this species of jumping spiders from among leaf litters.

“They perfectly mimic ants by lifting their front pair of legs while walking as a mechanism to escape from potential predators. Only three species of this genus have been reported from India, and this is the first species reported from the Western Ghats,” noted Dr. Sudhikumar.

The male and the female spiders of this species grow up to 4 mm and 6 mm long respectively. A pair of white stripes on the dark brown abdomen of females makes them distinct from other spiders of this group. The male of the species are characterised by a brown cephalic region and black thorax with white hairs. The forward-projecting fangs have a characteristic shape of an antler. Long spines are present on the base of each leg.

The study was funded by the Department of Science and Technology (DST) and the University Grants Commission (UGC). The findings were published in the British scientific journals Peckhamia and Arachnology.