The Maruti Suzuki Vitara Brezza once held the top spot in the sub-4m compact SUV game. The model received a mid-cycle update some time back, but that was more of a simple nip and tuck job. The country’s largest carmaker has realised that a freshened-up Vitara Brezza is the need of the hour to take over the top spot once again. Earlier, spy shots of the test mule have surfaced on the internet, along with leaked images of the production prototype. Now, fresh pictures of the production-spec 2022 Maruti Suzuki Vitara Brezza have been shared on the web by RushLane while the model was being shot for the TVC. Read on to know more about it. 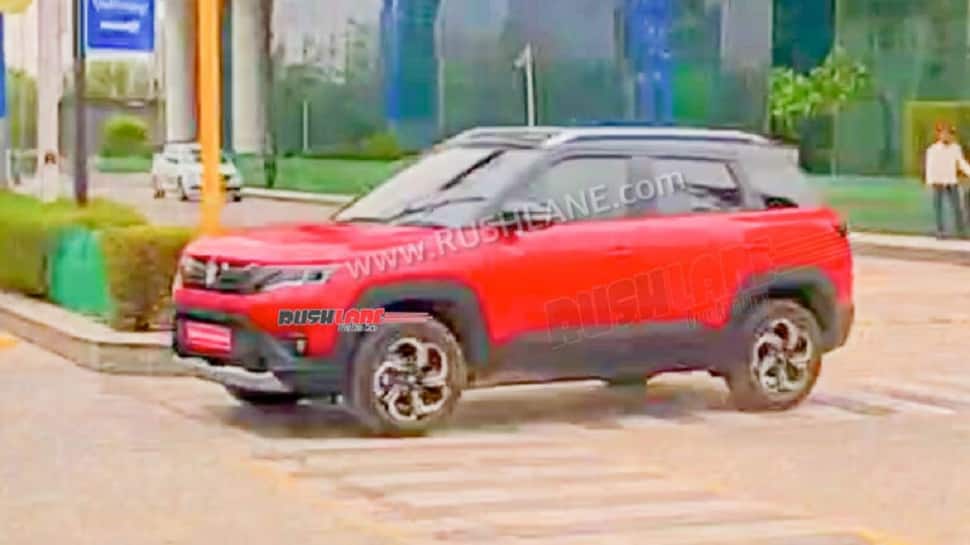 On the outside, the updated model will don a host of changes over the model it replaces. The front end is an all-new affair, with slender-looking LED headlamps. The bull bar effect on the front bumper is prominent. Sideways, a set of new alloy wheels are visible, along with some changes to the silhouette, which certainly is more proportionate this time. The rear quarter glass has increased in size, and the floating effect for the roof makes the compact SUV look premium. The tailgate is a new unit too. It features revised creases and tail lamps. On the whole, the updated model has a beefier presence in contrast to the model it replaces.

The cabin of the upcoming 2022 Maruti Suzuki Vitara Brezza will see a sense of fresh air. The dashboard will be revised to house a free-standing 9.0-inch infotainment unit. Also, the AC vents will move lower down the dashboard. New seats are also expected to be seen on the facelifted model, but the dark theme will be carried forward from the outgoing version.

A slew of new features will be seen on the updated Vitara Brezza. The list will include an electronic sunroof, a larger 9.0-inch SmartPlay Pro infotainment unit, a 360-degree parking camera and more. The head-up display and ventilated front seats could also be made available on the new Vitara Brezza. Other highlights on the inside will include a new instrument cluster, automatic climate control, a premium sound system and more. 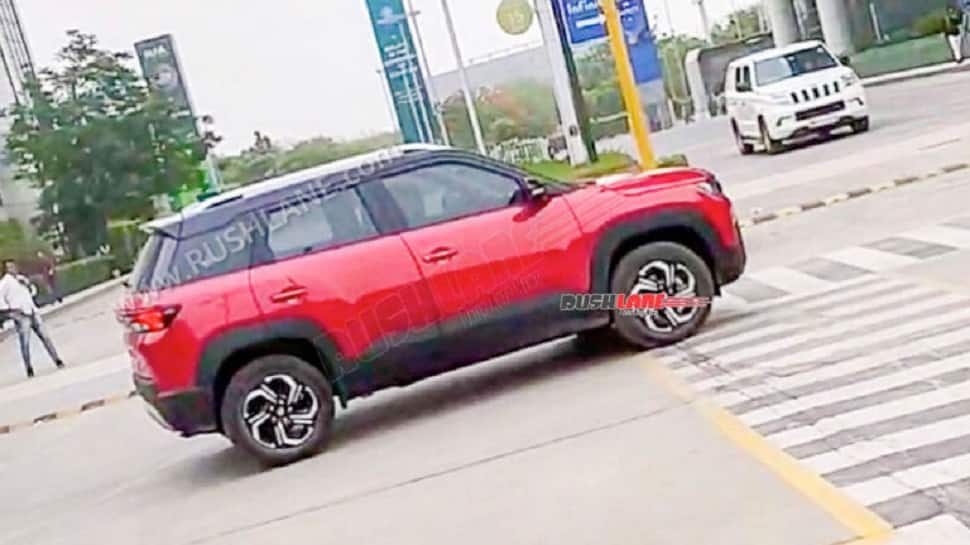 The 1.5L naturally-aspirated petrol motor will power the 2022 Maruti Suzuki Vitara Brezza. Anticipated to be offered in the same state of tune as the newly-launched Ertiga, it will boast a peak power output of 103 bhp and 136.8 Nm of max torque. Transmission options will include a 6-speed AT and 6-speed MT. The former will also get steering-mounted paddle shifters. Dimensionally, things are likely to remain unchanged. However, slight increments in width and height are expected.

The launch of the updated Maruti Suzuki Vitara Brezza is scheduled in the coming months. Once launched, it will continue to rival the likes of the Kia Sonet, Tata Nexon, Hyundai Venue, Nissan Magnite, Renault Kiger, and Mahindra XUV300. Expect the 2022 Vitara Brezza to start from around Rs 8 lakh, ex-showroom.