A lot of people express their love for their partners in the form of gifts; Hollywood actor and singer Nick Jonas is no different. Recently, the actor gifted his beloved, Priyanka Chopra, a Polaris General All-Terrain-Vehicle (ATV). This is not the first time Nick has gifted his wife a vehicle. Earlier, the Bollywood actor received a Mercedes-Maybach S650 luxury sedan as a gift from her husband.

The photo of Priyanka Chopra sitting in her new ATV was shared through her official Instagram account with the caption, “Now that’s a ride… thank you @nickjonas, always helping with my cool quotient.” The photo has received close to a million likes on the social media platform. On taking a closer look, the ATV has “Mrs Jonas” written on its door.

Although designed for off-roading purposes and to traverse rugged terrains, the ATV comes with features like a 4.0-inch LCD information display and Rockford Fosgate Stage 1 audio, including a PMX-2 head unit with two dash-mounted speakers. Moreover, to improve its off-roading capabilities, the vehicle is equipped with 15″ aluminium racing wheels and 30” 8-ply off-road tires. 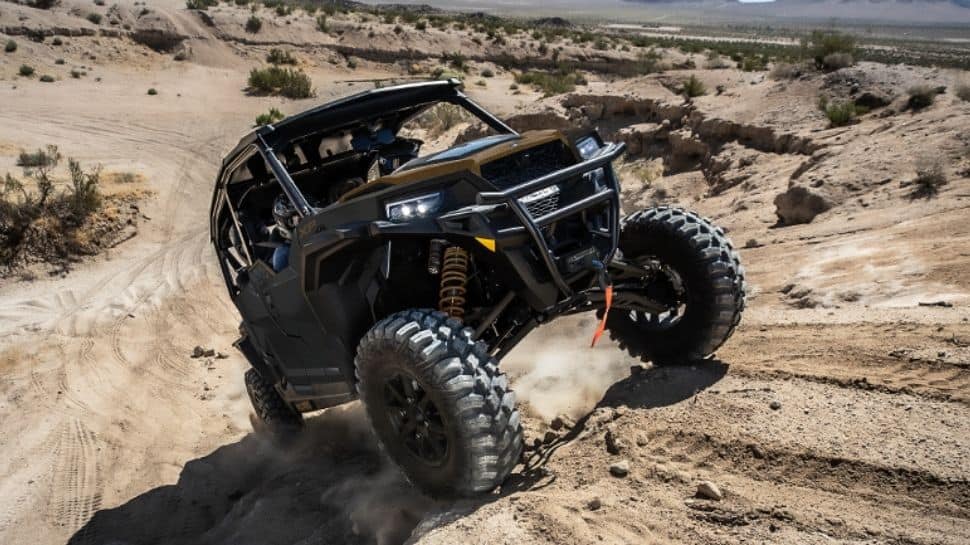 The 999cc liquid-cooled engine powers the Polaris ATV owned by Priyanka Chopra. It’s a twin-cylinder engine with a maximum power output of 100 PS. The vehicle has an automatic gearbox, just like all other Polaris ATVs. The Polaris General is an all-terrain vehicle with four-wheel hydraulic disc brakes and dual-bore front and rear callipers.

It is to be noted that Polaris used to sell its vehicles in India but made an exit due to low sales numbers. Moreover, its vehicles are not road-legal considering the Indian rules.