In a recent article, the author and journalist Manu Joseph used the term “Low-stakes niceness” to describe the act of feeding animals that most Indians indulge in. We will borrow his term to extend it to another favourite activity of the environmentally conscious Indian – tree planting.

For decades, it has been drilled in to us that planting trees is the “green” thing to do, a very large band-aid to the thousands of cuts that we’ve inflicted on the environment. To atone for the environmental sins of razing large tracts of primary forests, India has committed to having a third of its total land area, or 95 million hectares, under forest and tree cover by 2030. With the UN Decade of Ecosystem Restoration (2021-30) and other global commitments, mass tree-planting campaigns are often seen as a solution to mitigate the climate crisis by both government and non-government entities.

Successive governments, both at the centre and at the state have taken to this with missionary zeal, each vying for their place under the shady canopies of the millions of trees they’ve sought to plant. In 2017, the Tamil Nadu government planted 68 lakh tree saplings across the State to mark the then Chief Minister Jayalalitha’s 68th birthday. On the CM’s 69th birthday, the government executed another plantation drive to plant 69 lakh trees. Not to be left behind, in 2018, the Maharashtra government planted 13 crore trees in a month. Similar initiatives have been carried out by many other states including Uttar Pradesh, Gujarat, Madhya Pradesh, Odisha, and Rajasthan. While these efforts have attracted praise from the masses and the media, it is worth scratching the surface of the shiny tree bark to see if tree-planting activities have really been successful in India, both in terms of ecological and social parameters.

A recent long-term study from Himachal Pradesh showed that more than half of the expenditure in plantation activities was wasted, either due to failure of plantations, or through planting trees in the wrong places. For one, the species that were sought to be planted were often chosen for the wrong reasons, with speed of growth being a more critical factor than ecological suitability. Thus, plantations of fast growing Australian Eucalyptus, known to be water guzzling plants, sprouted across India, till some states realised their negative impacts on ground water and soil fertility, and banned new plantations. Secondly, even when supposedly native species were planted, typically only a handful of species were chosen, and even these were planted in densities far exceeding most forested ecosystems in India. As a result, many plantations either failed, or were ecologically disastrous. 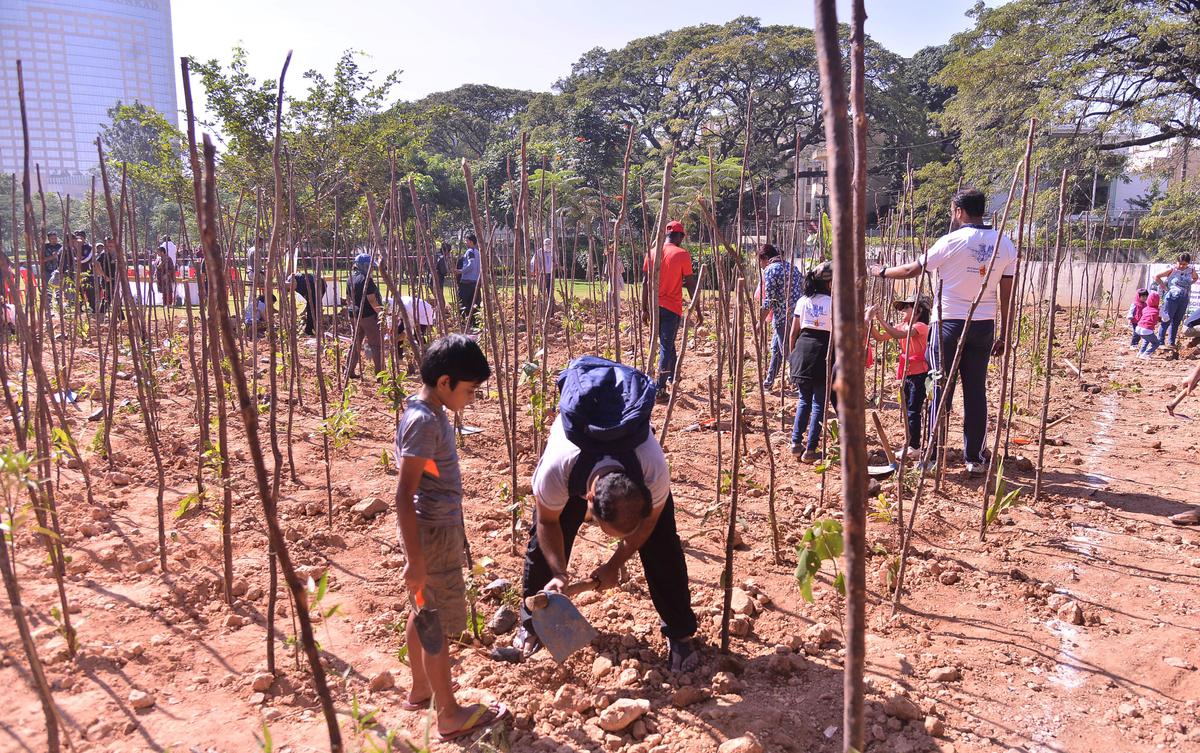 Thus, the question of what to plant, and where to plant, and whether to plant at all should be foremost in the minds of restoration planners. However, as several studies have shown, most plantations are planned as “budgetary activities” rather than as part of a bouquet of interventions within an ecosystem centric approach. Arguably, the most common oversight is not differentiating reforestation (planting trees on deforested land) and afforestation (planting trees where plants may not have historically occurred). This seems to be a global problem where habitats where tree cover is naturally sparse are marked as land with potential for tree planting. Due to the scarcity of land, trees are often planted in open and natural ecosystems (ONEs) such as grasslands, savannas, shrublands, and meadows in the mistaken notion that these are unproductive or degraded. At the same time, respective State Governments and the Central Governments establish ambitious targets for increasing forest cover which pressures local bodies to implement these aggressive tree-planting initiatives.

Such ecologically unsound afforestation interventions threaten the biodiversity in the ecosystems. For instance, the Great Indian bustard, an iconic species of India’s savannas is now critically endangered, and may be on the way to extinction, due in large part to the fact that its habitat was never considered worthy of conservation.

There are very few who challenge the notion that forests are effective in sequestering carbon. There is widespread consensus in the scientific community that one of the most powerful actions to mitigate climate change is in keeping mature forests intact by halting deforestation. It thus follows that some of the biggest programmes run by the Indian government, including the Compensatory Afforestation programme, that promotes afforestation and regeneration activities as a way of compensating for forest land diverted to non-forest uses, may not be the most effective nature climate solution.

There are other issues associated with afforestation that goes beyond ecology. It often induces a ‘double displacement’ of people who first lose rights of their land for forest clearance, and subsequently for plantation activities without adequate compensation. In India, there are over 80-million pastoralists and the largest population of livestock in the world who depend on Open Natural Ecosystems. Afforestation programmes that restrict access to common land end up marginalising these communities by neglecting their dependence and knowledge of such ecosystems.

Plantation targets set by governments and supported by the civil society at large thus have two major issues – lack of understanding of natural habitats and designing context specific interventions, and lack of monitoring/ evaluation of the interventions in terms of biodiversity conservation, water tables and well-being of local communities.

Tree plantations should be specifically targeted to add value in areas where much human-induced land-use change has already occurred. For example, road sides, highways, urban centres, schools, or hospitals may be better sites to plant more trees. However, natural, open ecosystems should not be subject to further land use change by implementing unscientific and mechanical interventions that can have detrimental effects. By adopting an ecosystem centric approach for restoration, we hope to nudge the do-gooders away from tree-planting to adopting a socio-ecologically responsible approach to a land-use problem.