Former Chief Minister Siddaramaiah took a break from his hectic schedule to watch a mythological play enacted by advocates in Mysuru on Saturday.

The former Chief Minister was accompanied by former Minister H.C. Mahadevappa, D. Thimmaiah, MLC, an former MLAs M.K Somashekar and Vasu among others at Kalamandira in the City where the advocates staged a play called Kurukshetra. 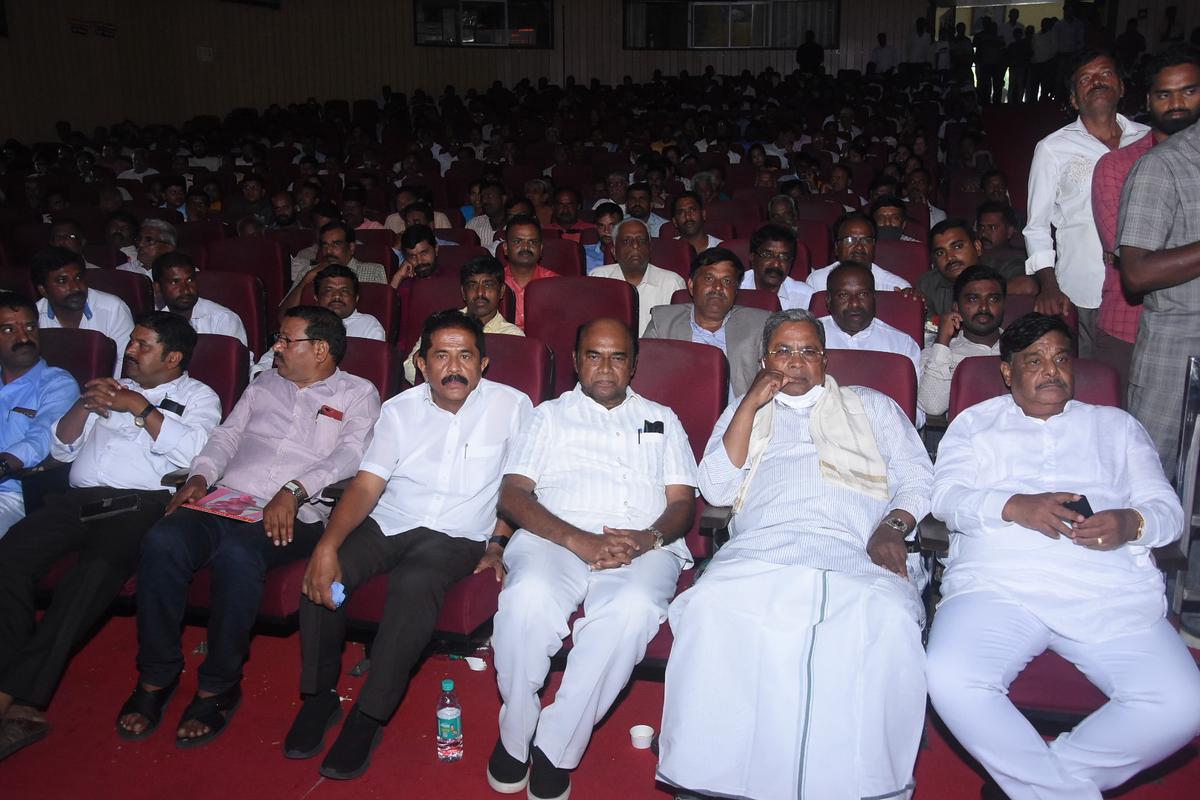 The staging of the play organised by the Advocates Association of Mysuru had the advocates themselves enacting various roles.

Mr. Siddaramaiah, who said he came to watch the play at the invitation of the Advocates Association of Mysuru, recalled that he used to watch a lot of plays when he was a lawyer.

Recalling that he was acting in plays when he was studying in a law college, the former Chief Minister said he had played the role of a doctor in a play called “Yamadevarayana Sannidhi”.

Mr Siddaramaiah also pointed out that late Kannada thespian Dr Rajkumar had grown into well known artiste because of his performances in mythological plays. He lamented the decline in interest for mythological plays nowadays and emphasised the need for making the plays interesting so that they become popular again.

Fielding queries from reporters on the allegations levelled by former Chief Minister H D Kumaraswamy that Congress was responsible for the victory of the third BJP candidate in the recent Rajya Sabha polls, Mr Siddaramaiah sought to turn the tables against the JD (S) by claiming that it was the Congress that fielded a candidate first. “If BJP were to be defeated, the JD (S) should not have fielded a candidate”, he said.