Odisha and Andhra Pradesh have challenged each other’s administrative control over Kotia group of villages for seven decades; the dispute has peaked in recent times.

Odisha and Andhra Pradesh have challenged each other’s administrative control over Kotia group of villages for seven decades; the dispute has peaked in recent times.

Rarely does a village in India have two ‘elected’ Sarpanches wielding their authority and implementing welfare schemes. However, when Kushe Harka, the 45-year-old woman sarpanch, and Liu Gemel, the 40-year-old male sarpanch, walk through the dusty lanes of Phagunasineri village, they command equal respect and villagers on their part also get developmental works implemented under their leadership. While Liu Gemel represents Odisha, Kushe Harka represents Andhra Pradesh. 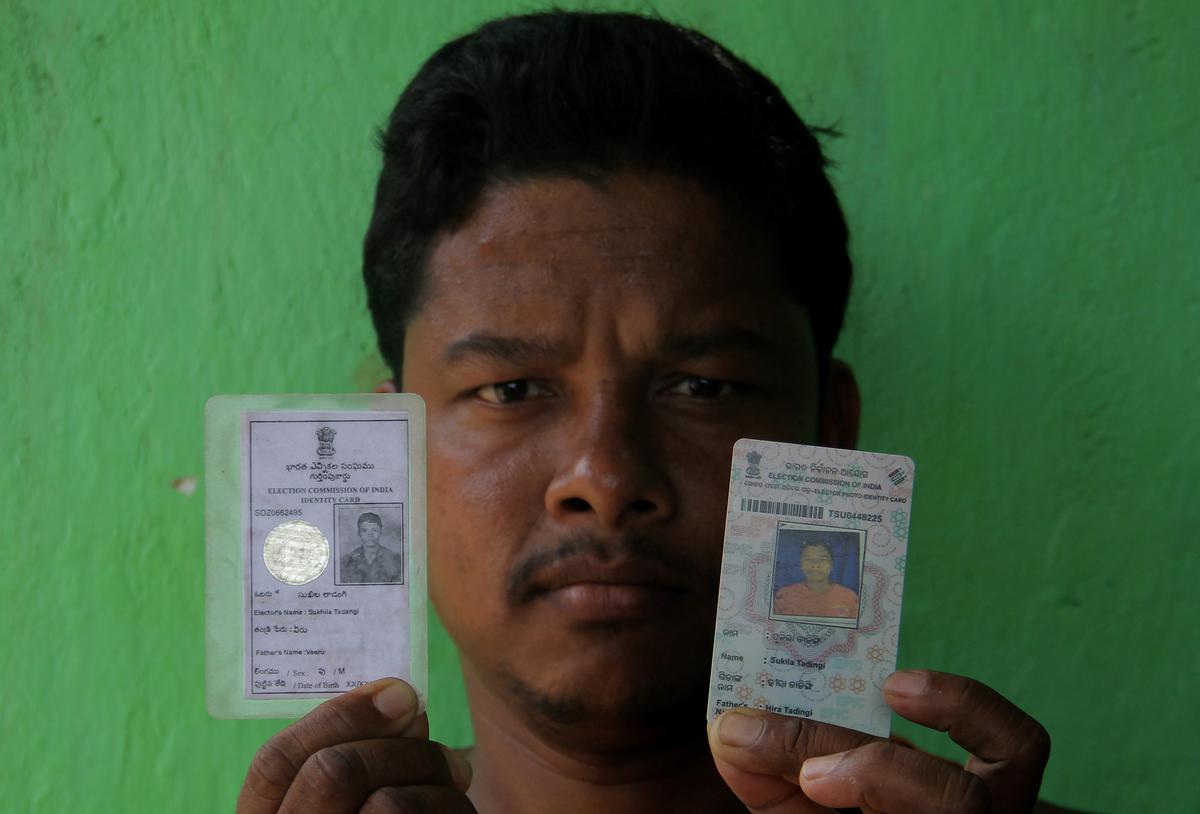 A few houses away in Phagunasineri, Tulsi Pangi sends her three-year-old son to Anganwadi Centre run by Odisha government while her six-year-old elder son would learn Telugu and pursue school education with Rs. 15,000 financial support extended by Andhra Pradesh.

At the heart of ‘dual citizenry’, lies an over seven-decade-old Odisha-AP border dispute which has peaked in recent times and is getting wider with every passing day. Both States are busy flooding welfare schemes at mere mention by the tribals.

Odisha and AP have challenged each other’s administrative control over Kotia Gram Panchayat or Kotia group of villages comprising 21 revenue villages. Supreme Court has ordered status-quo over possession over Kotia.

For the first time in 2021, Andhra Pradesh set up polling booths in Kotia villages and held direct panchayat elections in some villages. A year later in 2022, Odisha held elections to three-tier panchayati raj institutions in the same set of villages. On both occasions, hundreds of villagers, who possess two separate voter identity cards issued by Odisha and Andhra Pradesh, happily exercised their franchise – a rare voting right enjoyed by them.

The double bonanza is not confined to dual voting rights only.

Faced with criticism of losing control over Kotia, Odisha government has announced a special package of Rs. 150 crore for the forest region. About Rs. 120 crore of fund has already spent on physical infrastructure in Kotia panchayat. Not many panchayat headquarters in Odisha can boast of having community health centre, police station, bank, residential English medium school, separate hostels for students and a helipad.

On the other hand, Andhra Pradesh is also investing heavily on social security schemes for Kotia villagers by deploying officials who have been assigned to personally deliver government benefits at their doorsteps. Recently, Andhra Pradesh carved out a new district called ‘Manyam’ from Parvatipuram, including disputed Kotia as its own.

In 1936, Odisha was the first state formed on linguistic basis in the country. According to Koraput Gazetteer, after formation of the province of Odisha, it had all along been having revenue, criminal and civil jurisdiction over Kotia.

The boundary dispute actually arose in March 1955 when some officers of AP Government tried to collect rent from Kotia, which was a group of un-surveyed villages. Odisha protested the move. No solution emerged and the dispute lingered on. “When both the states prepared to conduct general election in the disputed villages in the year 1967, the then Home Minister Y.V. Chavan mediated between two CMs on September 12, 1968,” says the Gazetteer.

As the matter remained unsolved, Odisha moved the Supreme Court in 1968. Supreme Court has since then ordered maintaining the status quo. In Kotia GP, there are 28 villages. Of these villages, 21 are disputed while seven are undisputedly Odisha villages. In early 2021, Odisha government again moved Supreme Court challenging panchayat elections in three villages of Kotia by Andhra Pradesh. Odisha claimed the territory as belonging to it.

“Supreme Court has directed to maintain status quo. It is quite clear for us that status quo means Odisha is in control of these villages. We had all administrative units functioning since the State’s formation. Andhra Pradesh interprets status quo that no one should work in these villages,” said Koraput district collector Abdaal M. Akhtar.

“Kotia dispute is unique. In fact, nowhere in India this type of dispute exists except some places in northeastern States where there are many un-surveyed areas,” said Mr. Akhtar.

The Naveen Patnaik Government came under attack from Opposition and citizens’ groups that the government was not doing enough to ensure Kotia remains under jurisdiction of Odisha.

“In last few years, Andhra Pradesh has mobilized its administration and ensured that villagers from about 100 Odisha villages (under six different tahsils) take part in their elections. The neighbouring State is building documentary evidence to stake claim on more Odisha villages”Gadadhar ParidaFormer District Collector, Koraput

Gadadhar Parida, former Koraput district collector, said it was not Kotia alone. “In last few years, Andhra Pradesh has mobilized its administration and ensured that villagers from about 100 Odisha villages (under six different tahsils) take part in their elections. The neighbouring State is building documentary evidence to stake claim on more Odisha villages,” he warned. Andhra Pradesh continued to issue ration cards and voter identity cards for residents of Odisha villages which were not even disputed region.

As politicians from both Odisha and Andhra Pradesh have taken unyielding positions, Y.S. Jagan Mohan Reddy had rushed to Bhubaneswar in November, 2021. Both CMs issued a joint statement on November 9, 2021, to abide by legacy of mutual cooperation and true spirit of federalism to resolve the issue. The Chief Secretary level talks proposed by both States have been moving at a snail’s pace.