This doctor has been healing Kalaburagi’s green cover – Mrit News

Ayurveda doctor has created a green cover in the city by planting 18,000 saplings in the last seven years

Ayurveda doctor has created a green cover in the city by planting 18,000 saplings in the last seven years

Nagnath V. Yadgir, an Ayurveda doctor by profession and environmentalist by passion, has created a green cover in Kalaburagi city by planting 18,000 saplings in the last seven years.

Mr. Yadgir said that the first tree he planted in 2015 was in his compound. He brought some 30 saplings from the Forest Department and planted them in different places near his locality. In 2016, he decided to start his own nursery in half an acre of agricultural land in Naganahalli village.

The40-year-old doctor started his journey along with half-a-dozen friends. They carried saplings in their vehicles and planted them by digging pits.

Later some like-minded people also joined the plantation drive. Now, he has a 25-member dedicated team and also has around 200 volunteers. “We have planted around 18,000 trees with a 70-80% survival rate. The saplings we planted have now grown into 10-15 feet tall trees. I can recognise each one of the trees that we have planted. When I see a barren land around the city, I instinctively want to make it a green patch and my aim is to cover the 22 km stretch of the Ring Road with a multi-layer plantation,” the doctor said. His team has planted 7,000 saplings at Sharan Sirasagi village on the outskirts of the city and 3,000 plantations on a single patch of barren land at Belur Cross. The team focuses on school compounds, community parks, and even graveyards, Mr. Yadgir added.

The ones most commonly planted are pongame oil (Millettia pinnata), neem, custard apple, bassora tragacanth, gulmohar, samanea saman, melia dubia, mango, banyan, sheesham, drumstick, guava, tamarind, and ashwatha trees. During the lockdown, even the school students joined him. He taught them the process ofmaking a nursery and educated them on the importance of trees.

Mr. Yadgir and his team also experimented with the seed-ball method of plantation. The seed balls made up of earth, cow dung, and seeds of trees are then sown or thrown in waste or uninhabited lands just before the monsoon. The seed inside the ball germinates and grows up to become a tree sapling. They have made 2,000 seed balls, of which 80% successfully germinated and have grown into trees. 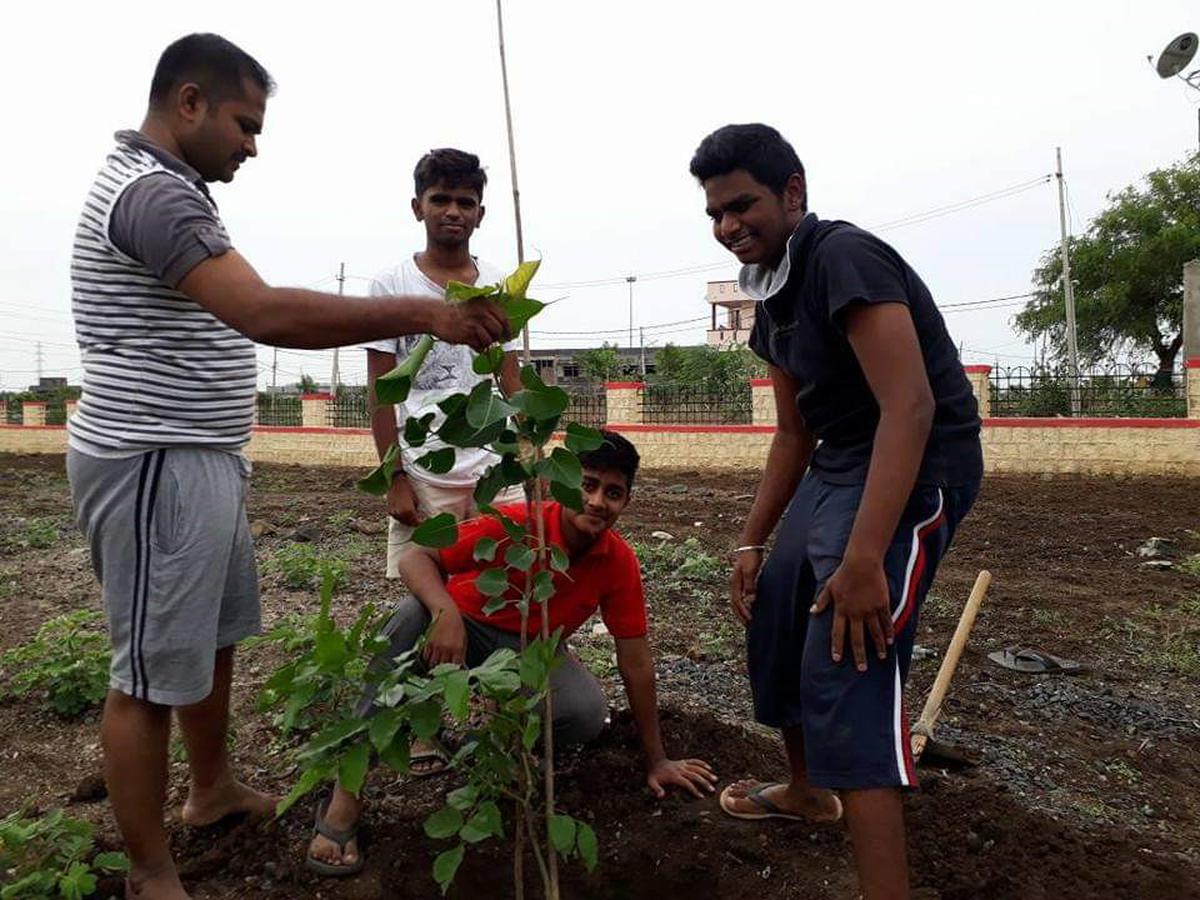 Nagnath V. Yadgir and his team planting trees on the outskirts of the city.
| Photo Credit: ARUN KULKARNI