The body of the 28-year-old singer-politician was brought to his home in Moosa village amid tight security on Tuesday morning from Mansa civil hospital, where the post-mortem was conducted.

The body of the 28-year-old singer-politician was brought to his home in Moosa village amid tight security on Tuesday morning from Mansa civil hospital, where the post-mortem was conducted.

A sea of mourners bid a tearful farewell to popular Punjabi singer Sidhu Moosewala, who was cremated at his native village in Mansa district on May 31 afternoon.

The body of the 28-year-old singer-politician, who was shot dead on May 29, was brought to his home in Moosa village amid tight security on Tuesday morning from Mansa civil hospital, where the post-mortem was conducted. Moosewala’s family, including his parents, were inconsolable as they sat beside the body at their home.

His mother was seen trying to console her husband as people from Punjab, Rajasthan and Chandigarh among other places queued up in large numbers to get a last glimpse of the singer. The singer’s favourite tractor, which had figured in many of his music videos, was bedecked with flowers for his last ride to a family-owned field for the cremation. 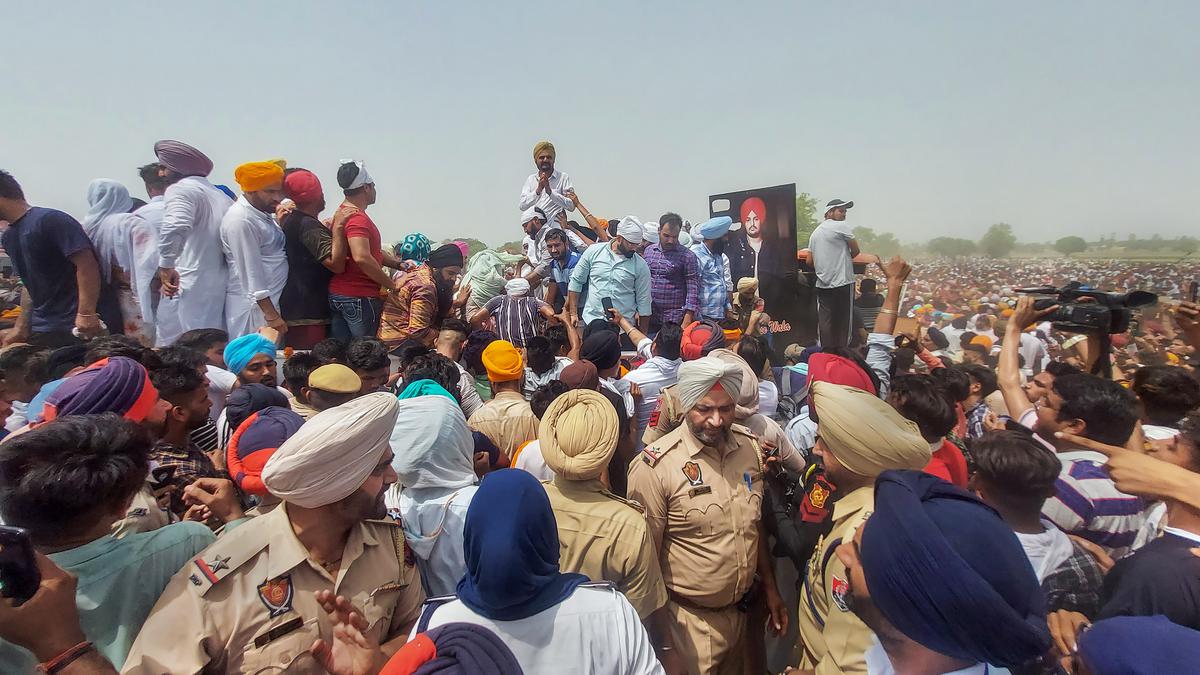 Balkaur Singh, father of Moosewala accepts condolences from supporters and fans of the Punjabi singer, during his last rites, in Mansa district, on May 31, 2022.
| Photo Credit: PTI

Notwithstanding the scorching heat, mourners joined the funeral procession as Moosewala’s father and mother stood on the tractor with folded hands, accompanying their son on his final journey. Some of his fans wore t-shirts with Moosewala’s picture printed on them. The singer’s father, Balkour Singh, even took off his turban on seeing the sea of mourners.

Punjab Congress chief Amrinder Singh Raja Warring was present during the funeral procession. A heavy police force was deployed at the slain singer’s residence as well as at the cremation site. People heaped praises on Moosewala for his songs and even raised slogans in his favour.

“He was a good-natured man. He would never say no to anybody for a selfie. We are sad that he is not amongst us today,” said a villager. Some villagers and fans expressed anger over the Punjab police pruning Moosewala’s security cover just a day before he was shot dead and sought the strictest punishment for the killers.

“Those who were behind the killing of Moosewala should be given exemplary punishment,” said an elderly man who came from Jalandhar. Shubhdeep Singh Sidhu, known as Sidhu Moosewala, was shot dead on Sunday by unidentified assailants in Punjab’s Mansa district. His cousin and a friend, who were travelling in a jeep with him, were also injured in the attack.

The popular Punjabi singer had fought the recent Assembly election in Punjab on a Congress ticket from Mansa and was defeated by the AAP’s Vijay Singla. He was among the 424 people whose security was withdrawn or curtailed by the Punjab Police on Saturday on a temporary basis. 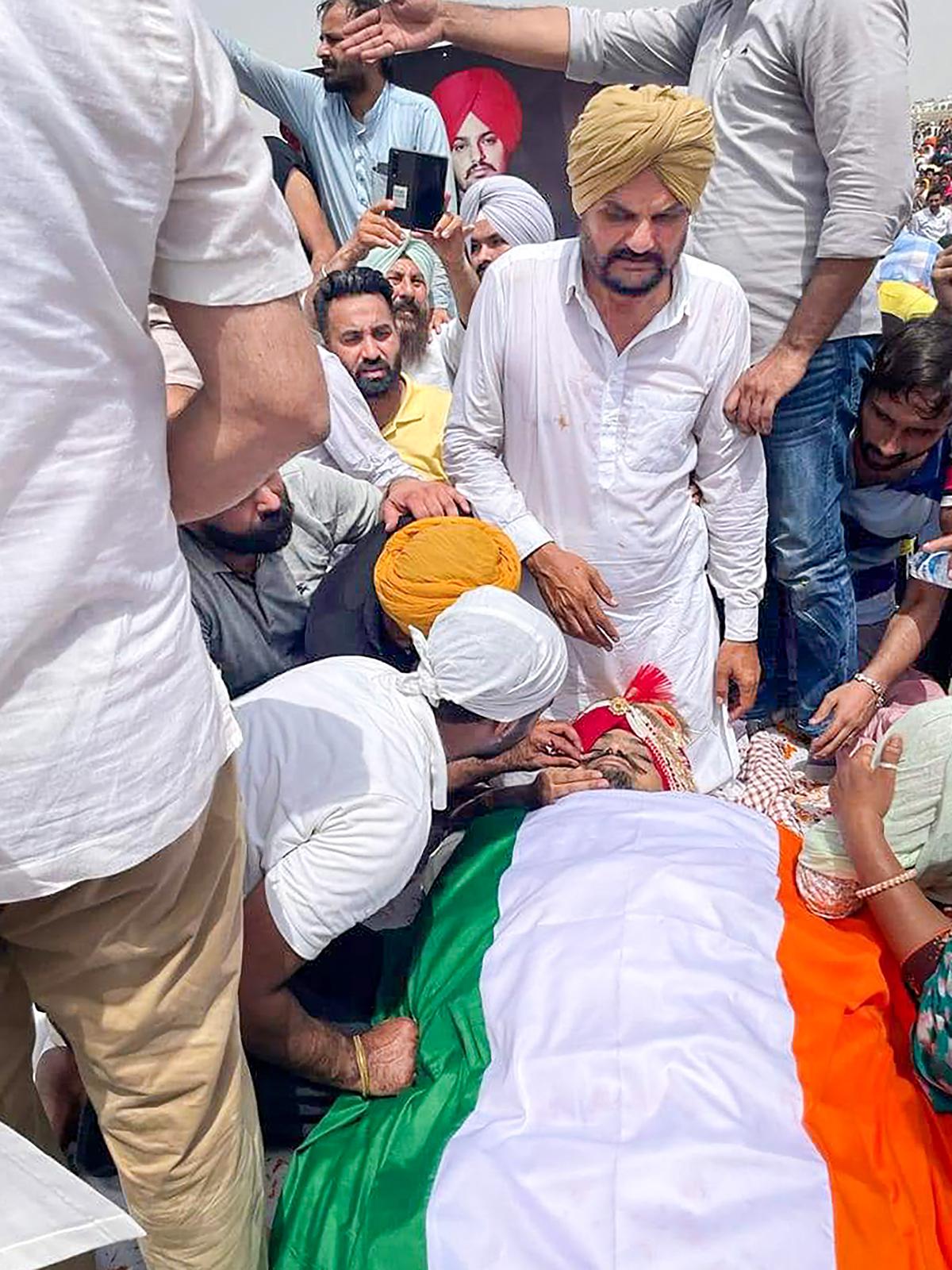 Punjab Chief Minister Bhagwant Mann on May 30 announced setting up a judicial commission headed by a sitting high court judge to probe the brutal killing of Sidhu Moosewala.

The State police on Monday claimed to have rounded up some suspects and got important leads in connection with the killing. It had termed the assassination a case of an inter-gang rivalry and that the Lawrence Bishnoi gang was behind the killing.

Union Minister on a three-day visit to Hassan – Mrit News