Next from the country’s second-largest automaker – Hyundai, is reported to be the facelifted Venue. The mid-cycle update for the brand’s compact SUV is intended to be launched in the country by mid-June this year. A host of changes is what the Venue facelift will possess over the outgoing model. While the spy shots of the test prototype have revealed some crisp details about the changes that Venue will get in terms of exterior styling, new leaked images from HUM3D give an even clear picture of the Hyundai Venue facelift.

The front end of the compact SUV will be thoroughly redesigned in the new rendition. In place of the cascading grille, it will have a larger squared-off grille, which merges with the slim tri-piece LED DRLs. This time around, the Venue will not feature the squarish LED DRLs like the outgoing model. Moreover, the grille is surrounded by black inserts to mask the visual bulk. While the headlamp assembly in these leaked images looks unchanged, fog lamp housings remain absent. 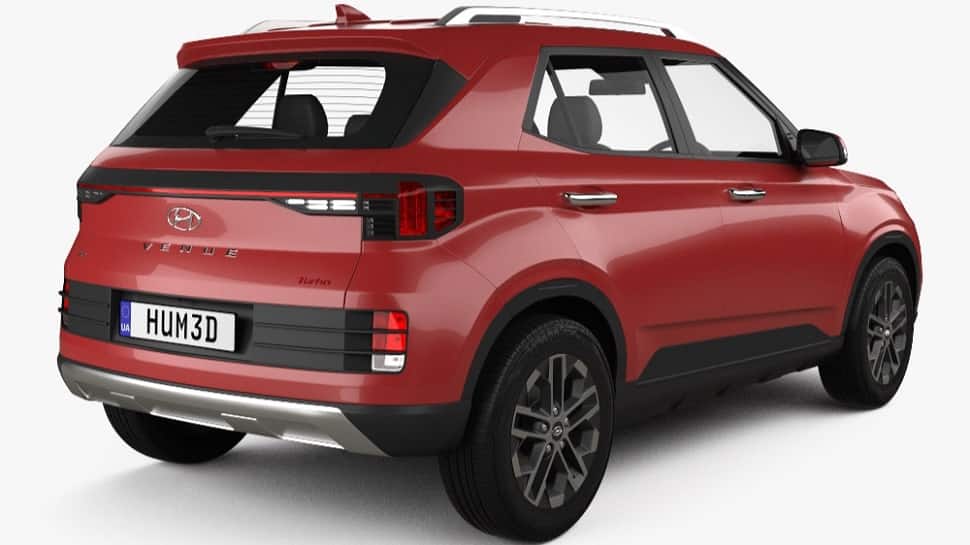 The front bumper is also tweaked with a rectangular air dam, accentuated by a chunky silver-finished scuff plate around the chin. Move over to the sides, the new design for the alloy wheels turns up as the most noticeable change.

Around the rear fascia, the LED tail lamps are now connected via a slim light bar. Also, they don a squarish theme here. A rectangular black insert is visible on the rear bumper, much like the front air dam, and it accommodates rear fog lamps and reversing lights.

On the inside, the Venue facelift is anticipated to feature a larger 10.25-inch touchscreen display, along with an all-digital instrument cluster. The arrival of the N Line variant of the compact SUV is also being reported. However, the carmaker is tight-lipped about this exercise.